Sensory Overload: Being Transported By Scent

A conversation about grandmothers has me thinking. What does your grandmother smell like?

A friend of mine recently moved in with her grandmother and brought up the topic of perfume. In this case, Evyan’s White Shoulders. I countered with vivid memories of my grandmother’s preferred scent, Dana’s Tabu. My children would know Este Lauder’s Youth Dew from fifty yards as my estranged mother’s signature scent. 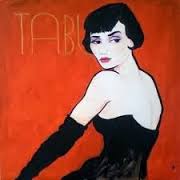 On a whim, I googled Tabu to find it has a rich history. Developed in 1932, designed by Jean Carles in response to a directive to design  “un parfum de puta,” the scent of a whore.

I find that tidbit hilarious.

The fragrance changed the face of the perfume industry by directly linking sex to perfume. The ad for Tabu showcased the 1901 painting Kreutzer Sonata by René François Xavier Prinet. The ad used the image of a violinist, overcome by passion, sweeping his accompanist into his arms as the epitome of succumbing to desire. 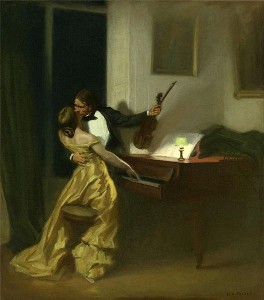 You gotta love it. My grandmother still wears it.

If you must know, my preferred scent is Lancome’s Poeme. It never fails, I receive compliments on how good I smell when I’m wearing it. Typically, I like to wear men’s cologne because they tend to be on the spicy side versus floral. In that case, I wear Kenzo’s Power. Insert sarcastic comments here. Most days, it’s soap and water.

If you’ve read The Esau Emergence you know I lace my story with robust sensory description. From food to folks, smell is a powerful thing.

I’ll never forget a nauseating flight to Seattle when I was seated between my dotter, who’s preferred scent at the time was Dior’s original Miss Cherie, and the patchouli-drenched, sweat reeking hippy girl. I nearly crawled into the dotter’s lap.

Scent directly links us to memory. Whether it’s the scent of damp, autumn leaves or the spray of salt floating on the ocean breeze. Each of us has a treasure trove of memories linked to a variety of aromas. I’m sure Janet Evanovich created a run on Bulgari’s Green Tea because folks were dying to know what Ranger smelled like or to try to smell like him.

Scent is a tricky sense. Some people have a fine tuned nose (read me). And some people not so much (read The Beard). The running joke in our house is according to 23andme I have a highly developed olfactory gene and The Beard does not. Evidentiary proof.

I’m not claiming to be a Nose or anything, but compared to The Beard, in the case of gas leaks, I’m the one you would like to have in the room.

Getting back on course, this fine tuned ability to detect fragrance means no character is fully real until I’ve nailed down their bouquet. I may not always describe it in the story, but I have it chronicled somewhere in my notes.

Sebastian isn’t really a cologne wearing guy, but he does use a certain brand of aromatic soaps. I have a friend who makes goat’s milk soap. He and I will have to collaborate on Sebastian’s flavor.