But I imagine someone might have tried to say nice things about them at a funeral.

I’ve been struggling to reconcile Clint Eastwood’s haunting direction talent with his daft conservative rants. Admit it, some of you want to give him a pass for Two Mules for Sister Sara.  It’s one of my guilty pleasures.

It becomes more of a sticky wicket when the deceased is family.

Her parents asked me to pick out an outfit for her open casket. I chose her favorite blouse and a skirt with butterflies. She was twenty-two. I  arrived at the viewing to see her mother had her dressed in some horrific, pink polyester suit fit only for Dana Carvey’s Church Lady or maybe Nathan Lane’s turn in The Birdcage. 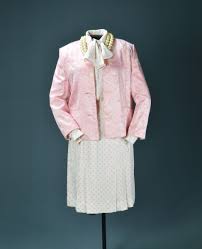 At her funeral, the minister wove such a distorted version of our friend, a few of us felt we’d attended the wrong event. Her abusive ex-boyfriend spoke about their enduring love. I almost screamed. The entire thing was a sham. It infuriated us.

I’ve never had to embellish anything I’ve written about my parents or my childhood because reality was more entertaining and crazier than most of the stuff I could make up. I think if more of us were honest, we’d admit while we loved our parents, we don’t like them very much.

Being brutally honest, I’m considered a terrible person by some proper standards. Being polite hasn’t served me well. I strive daily for what Kiese Laymon calls an honest reckoning. The idea is the truth, conventional truth, reconciles with reality and facts, but honesty is an attempt at being forthright.

Coming from abusive relationships where historical revision and gaslighting were a regular occurrence, I cling to veracity. Of course, I’m a writer and so brandish my literary license with verve, but outside of my fiction and going for the punchline, I live transparently.

I’m not ashamed of the choices I’ve made. Some haven’t been great. That’s life. I do my best not to judge others, but if you ask me for my thoughts, I’ll give them to you. I’ve learned not to punch you in the face with them most of the time, but I won’t lie to make you feel better. I’m not the most popular person. Not everyone enjoys the truth, even if they’ve asked for it.

It may not make me the belle of the ball, but I’m complete and gladdened to be my authentic self. Understand my Truth was and is significantly different than my parents’ Truth. Perspective frames everything we know. It’s the honest struggle with reality, what is functionally correct, that is the reckoning. Reckoning isn’t reconciliation. It can be, but it isn’t intrinsic in the process.

It means I’m a bitch by most standards. I embrace it.

My goal has always been to be a better parent than mine were. I turned out fine after a lot of post-childhood work. Okay, it took almost ten years in a terrible marriage, a loss of career, and becoming a single mother to three kids under the age of six.  A masters in Education and a certification in Love and Logic helped. It was liberating to put myself into a timeout.

I also spent thousands of hours and dollars on therapy, so I wouldn’t become my mother.

Until they grew into adults, every life choice I made weighed the consequences for my offspring. Hence, I drank a lot of wine so they could grow into adults. I’m now practicing how not to be a mother since in an ideal world I’ve given them the tools to think about their choices and consequences. And I’m drinking a lot of wine so the offspring can remain living adults. 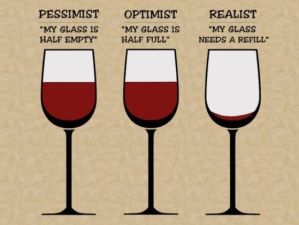 We’ve looped back to the original quandary. Death doesn’t sanctify the life. My last post was July 28th. My mother died on August 5th. My father didn’t call me. I heard it, as is typical in this damaged family, secondhand. It is so weird to say. My mother is dead. As my parents’ have kept me in exile these last few years, I’d already come to terms with her absence.

The paradox is her dementia, dementia she refused to acknowledge, was a symptom of a type of myelodysplastic syndrome. Testing for the causes of dementia might have led to an early diagnosis of the syndrome. Her red blood cells were abnormal and being critically low could not deliver sufficient oxygen to her system. Because the MDS wasn’t diagnosed earlier, treatment wasn’t effective.

I know I sound bitter. On this point, I am.

I’m relieved I didn’t have to visit her dying bedside. It means I don’t have to muddle my knowledge of who she was with the sadness of her passing. I’m sad she was the way she was and I’m sad she died. There’s no impulse to whitewash our relationship. The last words she said to me were, “I hope you die horribly.” Those words freed me of obligation to a parent.

When my father and I finally did talk, we agreed too much had passed between us to try to discuss. We would move forward without recrimination. So The Beard, Son 2, and I visited him. We laughed and drank wine. He asked if I knew she was a hoarder. Seriously. “She had fifteen open bottles of shampoo in her bathroom,” he said. “She didn’t have that much hair.” 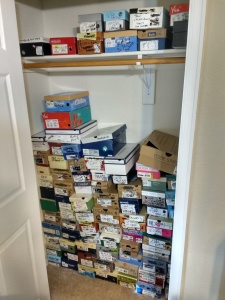 Of course, I knew she was a hoarder. This wasn’t even the most she owned.

Fifty years together and he had never looked into a closet? That’s the secret to a happy marriage, I guess. He sent me home with photos, some paperwork, and the idea I’d have some relationship with him.

Going through those things at home, I discovered my mother had written me ten or fifteen little notes. Some were in a memory book. I found a couple of notes stashed between the ephemera of school records. Two or three I found in a hat box filled to the lid with photos.

She knew I was the one who would be going through her things at the end.

“When you find this know I hate you.”

“I’ve made arrangements with a lawyer. You will get nothing from us.”

“You’re going to burn in hell for being the worst person ever.”

“How can you live with yourself?”

“You are an ungrateful bitch, and I hope you end miserable and alone.”

“Everyone thinks you’re insane and evil.”

My mother addressed a few more notes to the offspring because they chose me over her. Those were too bitter and hurtful to repeat. The Beard’s fury is unquenchable. He wanted to scan every mean-spirited word as proof of her character in case anyone tries to romanticize her. I’m unruffled. I’m rather entertained.

I find it ridiculous and terribly small that she imagined this would be biting revenge. I picture her viciously writing these notes, there are splotches of ink and excessive use of exclamation points, and then strategically placing them in her cedar chest between the pages of her wedding album, or in my baby book.

There’s nothing to reconcile. Those notes reflect exactly the person I knew my mother to be. To a T. Against The Beard’s objections, I threw the lock stock into the trash. To what end? That’s what I think. To what end does keeping them lead? Despite people’s nostalgia and inclination not to speak ill of the dead, I know precisely who she was.

More to the point, I know precisely who I am and I haven’t been defined by my mother’s criticism for a long time. 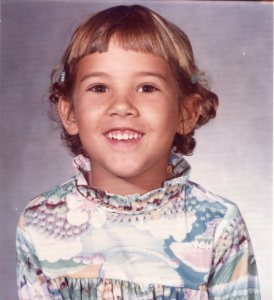 I mean, my mother wasn’t Hitler, but she wasn’t Aunt Bea either. Though she did give me that haircut, and I liken that to high-waisted jeans. Comparable crimes in my book.