I’m A Writer Not A Whoo Hooer

I’ve become a fitness class attendee. This is big for me. I’m not a joiner, never have been. I played ten 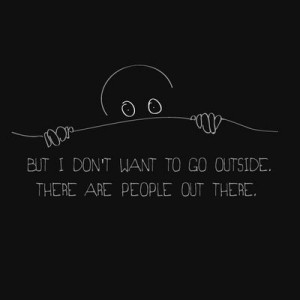 nis because I could play alone.

One of the reasons I’ve avoided fitness classes in the past is the abounding good cheer of the instructors. Let’s face it, fitness instructors like to shout. They encourage and frequently exclaim, “Whoo Hoo!”

I’m not a whoo hooer. I don’t go to the gym to chit chat. I think I’ve clearly stated my reluctance for small talk. I also don’t need badgering. I have a strong motivational ethic. I don’t expect instructors to guilt me into working out.

Exerting enormous effort on a spin bike doesn’t inspire my exuberance. I’m basically trying to breathe and not die. Bless my spin teacher Jodi. She keeps trying. Because I’m not a whoo hooer doesn’t mean I don’t appreciate the effervescent among us.

Honestly, most of those types drive me batty. I don’t go out of my way to find the bubbly ones, but if I’m in your class it’s because I enjoy it. Please do not take my sincere lack of enthusiasm to heart. I’m not bouncy, chipper, or jolly.

I had one big rule as a teacher. Stay outside of the yellow line. No hugging. This is your personal space and this is my personal space. Kids started taking it as a challenge. I won’t say I exactly stiff armed kids, but I remained unhugged.

I’m a writer. It’s one of the things I love about my job. Independence. I don’t have to make nice with the boss. I love entertaining my friends, but I equally enjoy being alone. 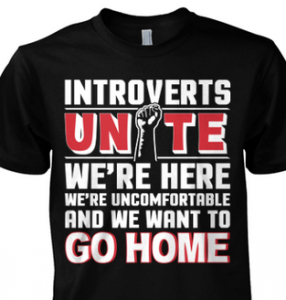 If I’m coming to your fitness class regularly it’s a huge compliment. My time is precious. I also value your job as an instructor. It’s no fun when folks don’t show up to your class. That said, if I don’t show up in class it’s for a reason.

Okay, there are instructors (yoga…cough cough) whom I don’t enjoy, but the benefits of the class outweigh their annoyance level. The instructor tried to call me out on it today. “I noticed you always leave early. Are you just coming for the stretching?” I politely responded with a “I have somewhere I need to be.”

I didn’t say, “First, it’s none of your damn business where I go or why I leave early. Second, yes, I come for the stretching because you’re googly moogly metaphysical flim flam irritates me. I come to work out.” Well, I said it here, but I didn’t say it out loud to her face. See how far my self-control has grown?

It’s the same when people don’t read my books. Well, almost the same. I don’t really know who is or isn’t reading my books, but I think the logic holds. We’ve both put effort into something we enjoy. We’ve crafted something meaningful to us. Now I’ve built the analogy I feel a little pinch of conscience for the yoga teacher.

I’ll get over it.

I’m exuberant at concerts, in my kitchen, and when I’m sure it will annoy the Beard. For the most part, I’m a writer…happy in a world unto my own.