My Daughter is Married. WTF? 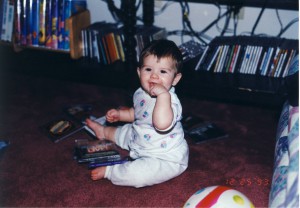 My daughter married. She’s the oldest of our three children. Twenty-three, twenty-one, and nineteen. I’m not going to lie. The last few years have been tough ones. Their transitions toward adulthood have been the most difficult I’ve had as a parent. Including ten years in an abusive marriage, four years as a single parent on food stamps, and the first five years of their breaking in a step-father.

I’m surrounded by friends who have younger children. They struggle with napping and potty training. I long for the days of those concrete parenting challenges. Dropping out of university, grave and debilitating illness, stupid mistakes resulting in irreparable legal snags, and suicidal depression all loaded on top of the typical ‘you know nothing and I hate you’ stage have left me adrift in the parenting sea.

I’ve worked hard to be the best mother I can. Sure, I’ve chased stoned teenagers out of the house with crutches, but I’ve also faced down police officers and sent compass spinning offspring to London to find True North. We’ve done four rounds of braces, twelve wisdom teeth, and six or seven broken bones, all a breeze compared to the rest.

Now I’m sitting in a Hollywood hotel room wrapping my brain around the fact my daughter just got married. Her husband…my god, her HUSBAND, is a great guy. He’s level-headed and practical. He’s working toward his dream and between the two of them th 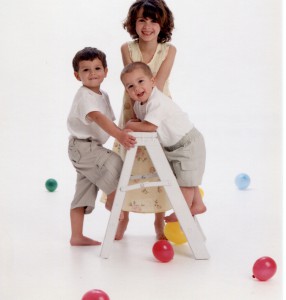 ey have a good plan. She’s happy. All of those things don’t negate the hollow anxiety plaguing me.

It’s a parent thing. Letting go of the bicycle the first time without training wheels. Sending them to their first day of school. Watching them drive away after earning their driver’s license. The sick vortex of powerlessness as they move out of your reach.  Multiply it by moving out, heading to university, and moving across the country and add a dose of vertigo.

The minute a child is born, parents spend every waking and some non-waking moments clinging to the illusion of control and security. It becomes so deeply ingrained into our cells the paradigm shift of independence is so cutting we suffer phantom limb pain. Sure, nature tries to soften the blow with little rebellions and small skirmishes, but nothing prepares you.

I’m not a big wedding fan. I’ve always thought the bigger the wedding, the messier the divorce. After a little civil ceremony at the courthouse, I understand the pageantry of a traditional wedding. It isn’t for the couple. It’s for the parents. The preparation, the anxiety, the myriad of tiny details all serve to distract parents from the crushing tempest about to strike. 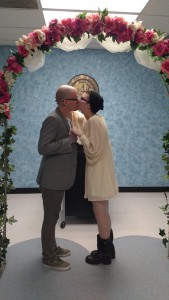 A wedding offers time to process the transition. Not only does wedding hubbub serve as a diversion, but you’re also surrounded by people reminding you of the symbolic hope the matrimonial chaos represents. You’re completely preoccupied. It’s a win all the way round.

As it is, I’m reeling. It’s not the dotter’s fault. It’s a flaw in the system. It’s a glitch in my software. As the Beard would say, I need an update.

The Beard and I had a destination wedding. His family tradition involved marrying in Carson City, Nevada. His parents married there as did his two older brothers. We compromised because the church they all married in changed its ‘ceremony central’ policies and required counseling at the church before the wedding. As if that was going to happen.

I did the next best thing, marriage license in Carson City with a ceremony on the Nevada side of Lake Tahoe. Logan Shoals Vista over Zephyr Cove offered surreal views. We only officially invited six or seven people and of course, my parents crashed our lovely little cabin on the shore despite being expressly told to find their own lodgings. Our wedding provided the kids with a sense of unity, a sense of validity. We were a family.

I’ve convinced the dotter and SON-IN-LAW, who is averse to crowds, to participate in a casual gathering, a pseudo-reception for the Colorado people who will undoubtedly express their happiness and hope for the new couple. I told the S.I.L if he didn’t enjoy a throng he should’ve married an orphan. My aunt is wrangling the entire west coast contingent for a July gathering.

It’s not about the size of the event or the expense. It’s the pageantry and observance that helps us process changes in our lives. It’s tribal and our tribe is congregating to jubilate and to help me anchor the idea of my daughter’s marriage in my mind. To allow me the opportunity to let go of one idea of her and manifest this new, grown-up concept of who she is.