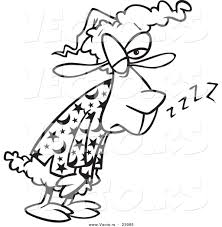 Who Needs Sleep? This Writer, That’s Who

Again with the not sleeping! I know many prolific authors experienced insomnia. Several writers blog about their own insomnia. Chuck Palahniuk writes about the struggle to achieve some sleep. I’ve had nights interrupted by story ideas with mixed results. The Beard, fabulous man that he is, purchased a voice recorder to help clarify those late night snippets. Being a parent, I’m accustomed to having my slumber disturbed by needy offspring. The writing staff offers their own complications. Don’t get me started with the Beard’s nocturnal impediments. Let’s just say, I appreciate the concept of the early centuries idea of separate bedrooms.

A couple of years ago when I was still teaching, I did create a sleeping space in the basement as a backup in case the Beard snored. He objected to me sleeping apart from him. Note, I’ll concede because the Beard says so, I might snore on occasion despite having my uvula snipped to prevent such a thing. I was having nodules removed from my vocal chords and the ENT remarked I had the longest uvula he’d ever seen. Biggest mistake ever, between the two procedures, I barely recovered my speaking voice and I’ll never sing again. Back to sleeping…The Beard likes ear plugs. Me? Hate ‘em. Hate ear buds too, but I use them to mask the ambient noise.

I need a queen sized coffin with an airy ceiling. Zero ambient light, zero ambient noise. The Beard? Used a noise machine when we first met and loves a night light. He’s not afraid of the dark, just blind as a bat without his glasses.

Oh, I’ve read the studies outlining the perfect number of hours of sleep. Yes, I hear as you get older you don’t need much sleep. I dig a lot of genius types get by on four or five hours of sleep. Hell, I live with one. Me? I’ve determined I require a solid eight hours if not nine to really hum along at optimum RPMs. I discovered this at the end of my career as an air traffic controller. Talk about constant state of exhaustion, whew.

Some nights, I do get out of bed prompted by a tenacious idea or scene that refuses to relinquish my brain until I document it, RIGHT NOW. I’m groovy with the process, occasionally. The last six nights of sleeplessness, not working out for me. It starts with my brain. The sucker just won’t shut down or if I get to sleep, it winds back up at the first disruption. I’m not a pleasant person without a good night’s sleep let alone six in a row. In addition, I’ve been fighting Son 1’s crud so my brain isn’t functioning efficiently. I’m also not a napper. If the sun is out, I too should be moving.

I managed six, uninterrupted hours last night. My brain is cooking today. I have two scenes percolating. I’ve remembered a character I left out of the last chapter. I’m zooming along on this post and recalled several things I forgot at the grocery store yesterday even though they were clearly listed. Imagine how I’d be cruising if I’d slept a full eight or nine hours?

Last night I elaborated on this topic with the Beard after he had noticed I’d attempted something three times without success.

“Look,” I declared. “Unlike some people, I need eight, nine or even ten hours of sleep.”

“I know you’d love to do away with sleep all together, but not me. I love to sleep. I enjoy sleeping! I like sleep more than wine, chocolate and sex put together.” I stomped my foot for effect.

“There’s detox programs for addicts, you know.” Was his reply.

“I’ve not had enough sleep for that to be remotely funny,” I said and headed for the bedroom.

The thing about the authors and geniuses of the past who didn’t sleep much is they had staff. Cleaning staff, cooks, and butlers covered the daily grind. Okay, Maya Angelou didn’t have a staff, but she disappears to a hotel room for days to write. Me? I’ve still shite to do during the day. I love my life. I’m so fortunate to be the master of my own schedule. I said this aloud to the powers that be just yesterday while waiting forty-five minutes stuck by a train. I spent a little of that time reading and the rest trying not to doze off.

Who needs sleep? Me. I need sleep.