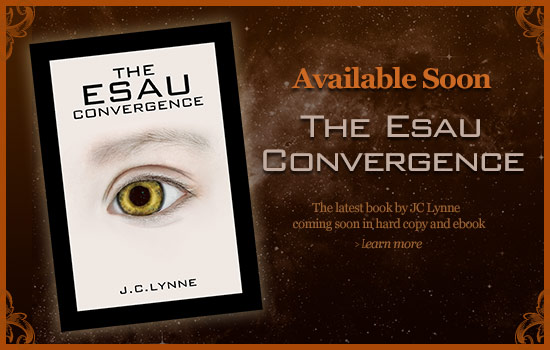 Why, Oh Why Is Your Protagonist Such An Asshole

I’m on a blog post roll this week. It makes up for the weeks I fall behind. Okay, that’s what I tell myself. In any case, I’ve received several emails and comments in the past couple of weeks about one of my protagonists, Sebastian Cole. If you haven’t read the book, don’t worry, zero spoilers are contained in this post.

Some of you are worried about him. Some of you are frustrated with me because I wrote the story. Some of you are in a hurry to read the second book. Can I say I adore you all? Nothing buoys my love for writing more than hearing from folks who enjoy the book. I wrote about Readcon and realizing my passion for teaching and discussing writing as much as the writing process. You, readers, are a part of the creative enterprise.

Eliminating the immediate concern, the second book is underway. I have the story planned, half of the book is complete, and I’m nailing down writing days. My ideal is to have it out end of December, but the beginning of 2015 is more realistic. I know Sebastian’s location and you will too soon. How soon? Very soon. (Guess a movie line)

Your frustration with me is understandable. I’ve experienced rage with authors. I have no problem speaking ill of the dead, take the late Robert Jordan, for example. If you’re a SciFi/Fantasy reader, then you know The Wheel Of Time series caused you equal disgruntlement. I stumbled upon the first of the series my freshman year at university.

Without mentioning the year, I will say a long, long time ago in a galaxy far away. A three inch book, I devoured it. I annotated historical, mythological, and biblical references. I had no desire to miss any detail too minute.

Talk about torture, a new book released once every two or three years. Are you kidding? Two of those books, Winter’s Heart and Knife of Dreams, contained almost nothing to forward the plot. I waited two years to read those? Blood and bloody ashes! The author succumbed to pancreatic cancer before he could finish the saga. Of course, it’s a sad circumstance when anyone suffers such a horrible illness, but one of my favorite authors without finishing his epic? Okay, there’s a ghost writer using Jordan’s notes writing the end. Meh. The Beard purchased the last two, more to complete our merged set, but we haven’t touched them.

Next concern, characters are complex. They arrive in my stories as complete individuals and my job is to ferret out the nuance, the detail and the backstory involved in forging them. Several of you share the same complaint, “Why did you make Sebastian such an asshole?” To be fair, I don’t think he’s an asshole. He wouldn’t be my protagonist if that were the case. He’d be a minor character or an antagonist and he’d be on the chopping block. He’s flawed in the same way we’re all flawed. I haven’t met a man yet, no matter how amazing, who hasn’t put his foot in it on occasion. Even the Beard has stepped in it, albeit rarely. Sebastian came to me with baggage. Also, spoiler for my next workshop proposal, our protagonists have to go down before they can get up again. We, the audience, crave it.

One of my favorite characters summed it up, “He’ll fuck it up, but he’ll get it.” Isn’t that true about us all? Well, most of us. My characters are wrestling the same tofu, thank you Natalie Goldberg, we all fight. Will he figure it out? Telling would be a spoiler, tee hee. Here is a promise. Some of you won’t like it. Three books. A trilogy. I’ll give him to the third book to get his poop in a group. I won’t be one of those authors dragging you through the muddled, milk cow dairy to insure next year’s payday. That said, I expect you to read my other books.

I can’t vow I’ll never write a series more than three books, but as a teacher of literature, I know three is a great rule. Something magic about the number three, The Lord of The Rings, The original Star Wars trilogy, His Dark Materials, The Girl With The Dragon Tattoo. Let’s not forget one of my favorite classics, Beowulf, not a traditional trilogy, but the one influencing them all with the three-act story structure. Tolkien did cherry pick some plot elements and characters from Beowulf, but to be fair almost every great Fantasy writer has.

I look forward to more questions, discussions, and demands from you in the future. I love to keep the conversation lively….doesn’t make everyone happy, but keeps things from growing boring. I’m slaving on a workshop proposal so I can talk to folks about the thing I love. The Esau Convergence has a book cover and an ending, for now. Keep those questions and comments coming! Have patience with Sebastian and with me.