The Mean and Nasties of Social Media 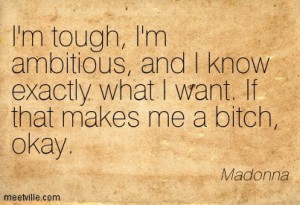 My Rabbi Joss quit Twitter. I know, I know, not the first time someone has been vilified and virtually chased off of social media. There’s even a book out detailing the crazy road some of these people stumbled down.

It bothers me. It bothers me that it doesn’t bother more people. Look, I’m no paragon of niceness. I’m not the type of person who will smile to your face and then tear you apart behind your back. Any tearing I do will be to your throat and you’ll have a fighting chance to defend yourself.

I’ve been called a bitch on more than one occasion in my lifetime and each time I’ve said, “You’re damn right I am.” I’m not unnecessarily harsh. Okay, I try not to be unnecessarily harsh but any of my past students will tell you, I don’t lie. I used to tell them there were any number of people who would blow smoke up their skirts, including their parents. If they ever needed the truth, I would provide it.

Some folks say they would like the truth but really expect some kind of fluffed up vagary that subscribes to the delusion they are already feeding themselves. My former teaching colleagues would undoubtedly believe I’m a heinous bitch. If I don’t care for you, I’m polite, civil, and fully respectable but I’m not going to pretend we’re anything but coworkers. And if you cross me or attempt to throw me under the bus, you’re lucky polite and civil are all you’re getting.

During my time as an air traffic controller, my acerbic humor fit in perfectly. First, with ninety percent of my coworkers and supervisors male it was like working in a locker room. Kill or be killed. The ideal training for becoming a middle school teacher now that I think about it. Second, in my experience it takes a very specific kind of smart ass to handle the responsibility of people’s lives in a government bureaucracy.

I wouldn’t go out of my way to hurt anyone. I’m not going to say anything behind your back that I wouldn’t say to your face if it was necessary. Well, I might omit the profanity. I have very strong opinions. It doesn’t mean I need to give voice to them all of the time particularly via a social media site. Trolls, they’ve been coined, are people whose voices are so limited in their real lives they feel the need to spew on anyone they choose.

Yes, I am passionately against George Lucas’ reworking of the original Star Wars. Han Solo shot first without provocation. He’s a bad guy when we first meet him. There are a lot of films, novels, and television series I just rewrite in my head because my ending is so much better than the travesty we’re left with. It doesn’t mean I’m going to rake the author over the coals.

We’re going to see Ultron. I’ve heard the chatter. I’ve seen the vitriol. Folks, it’s a movie. I think Tony Stark’s primae noctis joke is funny. Tony Stark is being sarcastic in his ‘genius, playboy, billionaire, philanthropist’ egomaniac way. Let’s face it, Stark is an asshole. He’s absolutely not politically correct and over the course of his cinematic arc he’s made hundreds of inappropriate and offensive jokes. It’s called characterization.

I am saying this as a rape and abuse survivor. I am a passionate humanist who believes both genders in our society are in trouble. Yes, women are on the losing end of generations of patriarchy and gender bias. Yes, rape culture is a real thing and yes, we’re in the weeds as a society if we don’t recognize all humans as equal.

I feel silly even saying this out loud in the twenty-first century. One throwaway joke, so obscure the most diligent of critics had to research it themselves before they could criticize Whedon for using it, isn’t going to change our woeful lack of value in humanity.

I am not offended by the Black Widow’s struggle with forced sterilization or Laura Barton’s military spouse role. Neither one of those characterizations speak against feminism. One deals with the outside control of a woman’s body currently a hot topic in the political arena and the other deals with the fortitude it takes to be a single parent while being the rock for a military life. Neither are trite issues. There’s a larger issue of scarcity of strong women in the media.

Horror films are much more misogynistic and sexist than the Avengers films. How about getting angry about the Saw films or the Hostel franchise for dehumanizing victims and glorifying explicit violence for shock value? I haven’t heard anyone picking those films apart with the voracity and zeal the critics have been attacking Rabbi Joss with.

As an author and a reader, I don’t desire easy characters. Life isn’t neat and tidy. Do I prefer to write strong women? Of course, I do. I also have a couple of nasty pieces of work, both male and female, in a couple of my novels because sometimes people suck.