Guest Blog: Five Things a Writer Can Count On 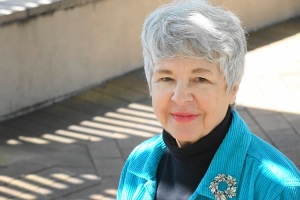 I’ve been around awhile. A long while. I had already worked in the real world for over twenty years when I started writing my first novel. I was the greenest little novice you’ve ever met.

I thought I would write a book, get an agent, see my book sold to a major publisher, make the best seller list, and make enough money to spend the rest of my life as a full-time author of best-selling novels.

I described my journey not long ago on Northern Colorado Writers’ Writing Bug blog, so I won’t bore you with the details today.

Instead I would like to talk about five things a writer will discover during this amazing journey called the writing life.

One: Life will always (100% of the time) disrupt any goals you set for your writing life.

Your plan, your To Do List, your schedule, your writing time—every single one of them will be interrupted by your spouse who wants to chat, a sick kid, a political robo-call, the dog’s need to go for a walk, the cat’s need to be fed, a power failure, or an overwhelming compulsion to go scrub out the toilets because they’re icky.

It will be 100% up to you how quickly you can resolve the interruption and get back to writing.

Two: If you sit down and place your fingers in the proper position on the keyboard, the story will come.

If you’re one of those clever sorts who prefers to use a notebook and a pen, sit down, take your pen in hand, place it just above the right spot on the page.

I didn’t say how long it will take. Just sit there with those fingers or that pen ready, close your eyes, and let your unconscious and your subconscious figure it out together.

Most of the time, you’ll wonder where on earth (or in the Universe) that idea came from, but if you’re smart, you’ll run with it and see where it goes.

Even if you’re promoting a book or networking or stalking agents, it’s not writing.

It’s not. It might be a marketing activity if you have a new book release, but mostly it’s just a fun thing to do when you are trying to avoid Number Two on my list.

Limit your social media time to about 15 minutes twice a day. The rest of the time, log off those accounts. And that goes for games too.

Four: Creating an outline for your project, aka work in process (WIP) will not hurt you or your creative process.

You want to write by the seat of your pants? Fine. But you’ll waste time later when you need to fix your timeline or plant the clues and red herrings you skipped as you merrily followed your main character’s dash around town pretending to solve a murder, or maybe commit a murder.

It’s not a big deal. You can wait until you have a few chapters down so you have a sense of your characters and where the story might be going.

At that point, at least lay out a chapter outline – a short synopsis of plot points. If you change it a later, that’s fine. That outline is a road map so you don’t get lost. 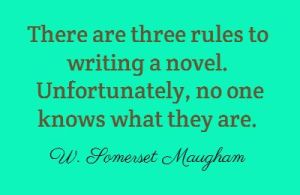 Five: You’re going to break all the rules when you write.

You’ll break the rules if you’re the kind of writer who wants to push the boundaries and create your own style. Don’t we all?

Break the rules from knowledge, not ignorance. And that means first learn all the rules.

You should already be a master of grammar and punctuation. There’s more. Whether you’re writing fiction or non-fiction, academic or layman articles, literary or genre fiction, there are things you need to know.

Read books and take classes and workshops. Absorb all that conflicting information. Then write it your way, armed with knowledge and intention.

If it deviates too much from all the rules, label it “literary.”

My perspective is a little skewed and perhaps even warped from old age, but this cynical senior citizen in jeans and tennis shoes has met a lot of writers in the last thirty years. Whether you’re a beginner or a veteran writer, what do you think?

Patricia Stoltey has three published novels and has one on the way. She lives in Northern Colorado with her husband, Sassy Dog, and Katie Cat.
Visit her website/blog