Okay, we all know who we are. Those of us who were drooling over the new Gilmore Girls: Year in The Life special. I’ll admit to being one of those avid Gilmore Girl watchers in the day. I loved the goofy cultural references and felt especially validated when I understood them without looking them up. The verbal patter….oh man, the witty repartee between Lorelei and Rory over giant mugs of coffee. As a person with a difficult mother, I particularly related to the backhanded stabs and pointed barbs Emily used to draw blood. I related. Through six seasons, I related.

The entire ‘I slept with Christopher’ thing pissed me off. I quit cold turkey. 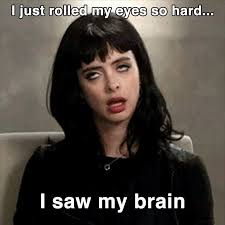 Season seven held zero allure for me, and once the series popped up on Netflix, I watched the very last episode. Just that one episode and you know what? I didn’t miss a thing. So when A Year in The Life was announced, I harnessed my inner Grinch several weeks early. Humbug.

BUT then, and I’m squarely blaming this on April Moore, on a trip to Sonoma to drink copious amounts of wine and visit fabulous friends we arrived for our return trip home too many hours early at the airport. Oh, I’ll blame that on the liberal imbibing of wine, but the Gilmore Girl thing is squarely on April’s shoulders. She was revisiting episodes in preparation for the special.

Let me be clear, I can binge watch with the best of them. Sick in bed, folding laundry, sick in bed. Usually, I turn on Netflix or Amazon on while I’m cooking or doing boring things like accounting. Bleh. Background noise, you know, keep one side of the brain occupied while the other is busy doing something onerous. The more I thought about it, the more that bitch Nostalgia niggled my ear. I succumbed. Mind you, I should be digging into research on fungi and pharmacology, but hey….taking a stroll into witty TVland was more appealing.

I’m going to digress for a moment, bear with me. I’ve always advised students to go back and read books they read when they were younger. Hated books. Beloved books. Boring books. After my stint as an air traffic controller, I returned to university to finish my abandoned English degree. Required, in my desire to teach literature and writing, to dive into deeper reading waters I had to revisit books previously shelved. Pun intended.

Catcher in The Rye. Still hated it. To Kill A Mockingbird. Loved it more. Two literature surveys: Arthurian Legend and Jane Austin. Rocked my world. I also took a few film courses because I thought about a Film as Literature class would be fun to teach. It was.

Going back to books of the past can be a mind blowing experience.

The adult you can experience a completely different book than the younger you did. Of course, a life lived can also ruin things for you. No big surprise. Gilmore Girls is a dilapidated ruin for this author. Oh, the sharp banter and cultural jaunts still entertain, but I had to face facts. Lorelei Gilmore and her daughter are a couple of train wrecks.

Static characters who repeatedly choose the same terrible paths with zero growth or wisdom from the last terrible path. Given the trope of a teenage mother made good on her life, we should be offered more from the character. I know. No, I wasn’t a teenage mother, but I did have to deal with three children under the age of seven while broke, going to school, and dealing with difficult people in my life. You grow. Because you burn. 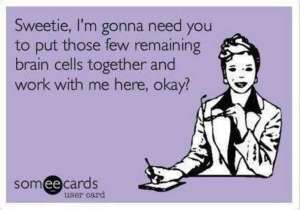 I hate characters who end up in challenging circumstances because they’re stupid, no matter how charming, fast talking, or stylish they are. Bad things happen to smart people too. Ideally, intelligent people don’t make the same mistakes over and over….believe me, there are plenty of new gaffs out there to knee-cap you.

I know some of you are ready to come at me with torches and pitchforks, but take a good hard look at the ‘new’ special. Same ol’, same ol’. It’s essentially four, two-hour rehashes of a seven season series that should have ended two years before it did.

Don’t get me started on the cast of characters who barely made an appearance because, frankly, their careers are on fire currently compared to some of the actors who don’t have anything going on at the moment. I’m not knocking gainful employment, but give us something worth our time. I will say bless Kelly Bishop, who proves actresses CAN age gracefully without being sucked and tucked and plumped unlike another actress who will remain unmentioned here…come on, it’s been TEN years people. Lorelai wasn’t in stasis.

I certainly include silly characters in my stories. Silly characters can be fun. I just don’t like reading, watching, listening to hours and hours of them getting into the exact same trouble they stumbled into the first hour. And if you haven’t watched the new run yet? Can you say sucker punch?