On The Topic of Sequels And Reviews 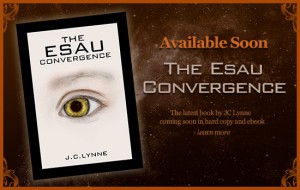 While traveling, I shifted into reading mode. Yes, I have editor’s notes to tackle on a publishing deadline. Visiting family isn’t the best environment for deep revision work. I did become inspired by the Go Set A Watchman discussions and dashed out a post but that wasn’t a deep thinking process.

Back on topic, I loaded my Kindle app with several new books, two of which I promised reviews. I ended up returning to a series I discovered ten or more years ago. The Phédré Trilogy of the Kushiel’s Legacy books by Jacqueline Carey. I tackled these books shortly after they were published. Pre-ebook, I checked them out of the library.

of this particular blog. 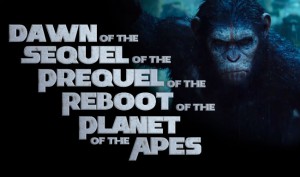 day is the reviews. Many of the reviewers complained about the obvious cliff hanger as a ploy for more novels. These reviewers are clearly not authors.

For you non-writers out there, the entire point of publishers, agents, and editors is finding SERIES of novels because that’s the goal, selling more books. As an avid reader, I have and still will rant about the particular brand of milk cow that is the inevitable, diminished quality of the never-ending series. Á la GOT, Eye of the World, True Blood, Stephanie Plum and the list goes on and on.

I initially wrote The Esau Emergence as a stand alone story with those books in mind. My desire wasn’t to milk the reader. It was to write an entertaining story. A very talented SciFi editor, from whom I had the serendipitous privilege of receiving critique, said to me, “This is a great premise. Fresh, innovative and interesting, but it seems like it ends. You really should consider marketability and leave it open-ended for a sequel because no one builds a platform to sell only one novel any more.” With that sentence and no idea where the story was going, I changed a few choice words and violá … The Esau Convergence became a thing.

So readers, give authors a break. It isn’t considered marketable or prudent to write a stand alone book unless you’re Stephen King or Neil Gaiman. And they both wrote series, btw.

The other part of my thinking has to do with the stories themselves. In my post, The Story Doesn’t Go, I have explained that I am a pawn in the development of a story. It wasn’t until my brilliant graphic artist showed me the design for the first cover that I had an inkling as to what the sequel would be about. And the minute I finished The Esau Convergence, I had no idea where to take the last book of the trilogy, The Esau Transcendence. It hit me about a half an hour later, but still, I didn’t know it would.

Sometimes, even the authors don’t know where the story may end up. Please review my book. Please review books in general because those reviews help authors eat, but when reviewing understand we live in the vacuum bag world of the captive consumer. If you loved my first book, you might love my second in the trilogy.